Late last year we started feeding in another new area. The contact behind this project is Mias Nortier a dominee (minister) who was the driver behind the GRCT funded feeding initiatives at Laingsburg. He relocated and is working at the Dutch Reformed Church in Despatch (about 15 miles from Port Elizabeth).

Mias contacted us to ask if there was any possibility of funding e’Pap for about 200 children who live in an informal settlement on the outskirts of the town. Jacky Daniels, a very socially concerned woman, was feeding them soup/bean stew from her house two days a week. Mias envisaged that Jacky would mix the e’Pap and feed the children. There are no creche facilities in the area so the children just roam around. The church is however planning to establish a local creche. Because of the economic situation, there is a lot of poverty in the area.

Two churches working together are monitoring and overseeing the feeding project. The feeding of around 200 children has been underway for a little while now. The children pictured (below) are seated outside Jacky Daniels’ home which is now named “Rainbow Kids Soup Kitchen!” 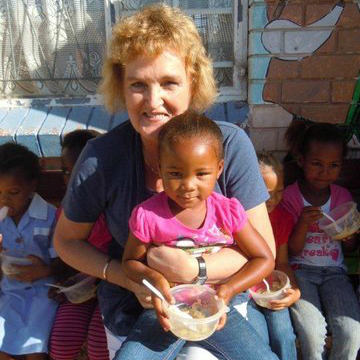 Dear friends and supporters You may have heard the very sad news that our founder, Penny Fleming, passed away last week. She […] 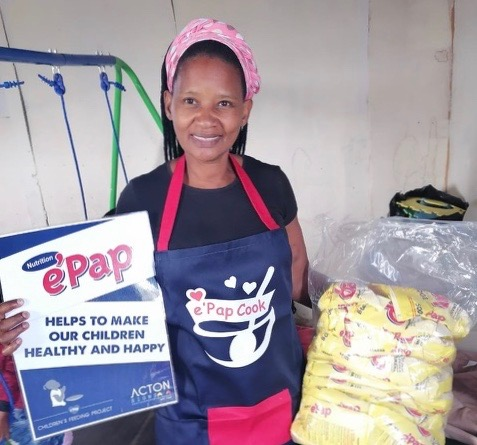 The unrest and looting in South Africa in July following ex-president Jacob Zuma’s arrest and imprisonment was a very unsettling and worrying time. […] 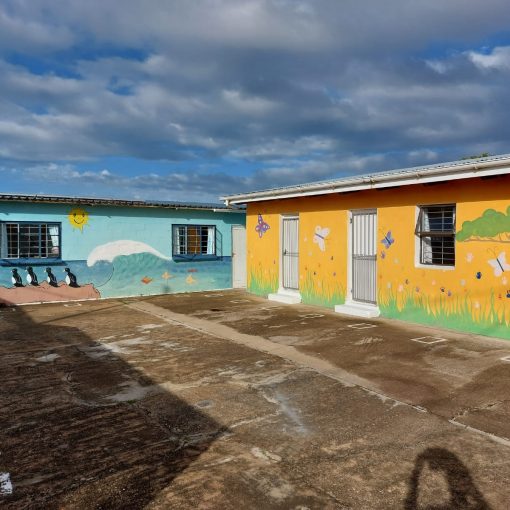 During his current visit to South Africa, Patrick Fleming (one of our trustees) has visited pre-schools in St Francis Bay, another location […] 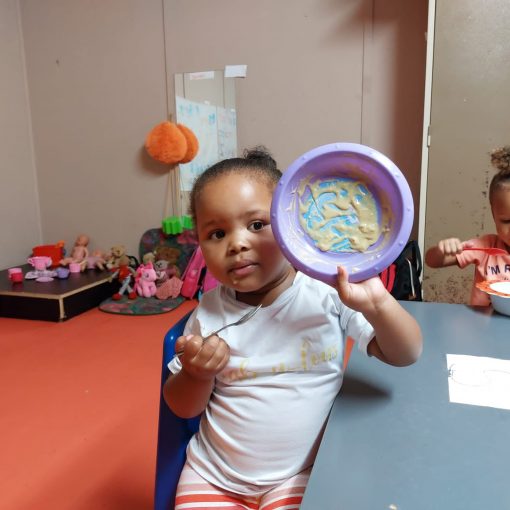 On his trip to South Africa Patrick Fleming, one of our trustees, is visiting almost all of the areas in which the […]